I met Miss Anna long ago, maybe ten years ago in the early days of my discovery of ”the other side”. Miss Anna impressed me right away, with her style, her manners and calm way of behavior. She was appealing, sexy and nice to be with.

There was something about her eyes, somehow hypnotic and interesting, it is said that the eyes are the entrance to the soul.
I have always been stroking around as I pleased, an unfaithful wanker. But after visiting different types of Mistresses, I seemed to be returning to fewer and among them was the classic, stylish, majestic Miss Anna. Mistresses tend to be possessive, but I was always very careful, hiding behind nicknames and always ready to run and hide.
Miss Anna managed to keep me in video longer than others, but for some reason which I forgot, probably my coming and going, I managed to get banned from her profile.

Now and then, I sent a message, asking her to lift the ban, without luck. I kept coming back to her site(s) and after a few years I couldn’t help myself, I had to go back to her.

I had to use another nickname. and I had to give in, to do things her way. Soon she inspired me to tell that we had met often, in my earlier life (nick). Miss Anna didn’t kick me away, but was as always polite and with manners. I kept coming back and before I knew it, I was opening up, more and more.
We played, using teamwiever, it was nothing. If she asked, it was ok, nothing happened, no harm to my pc and I enjoyed to be in her video.
Miss Anna wanted me to be one of hers, although she didn’t tell me. But after some of my ”off guard” visits, she told me that my days as an uncontrolled wanker were over. I had to concentrate, on her, and was hereby denied a number of privileges. I was used to run away, stay under the radar or something like that, if someone used the phrase that I came to consider a cliché: “I own you”. So of course I protested and intended to run, but it seemed that she was one step ahead of me, the decision was taken. She had me in a firm grip, and I could feel it. This time it was not an empty phrase, this was different and I understood that it was in my interest to behave. Somehow she had managed to get to the core, this was real, and I had no idea that she had obtained this knowledge about me. Little did I know, Miss Anna had been enjoying herself with gathering information and she knew every dark corner of my pc better than me. I never knew, not even that it was possible. Then things started to change, I had to tribute her, contribute to her vacation, to her wellbeing and so on. I kept coming back, and she kept on draining me, Christmas was coming closer and my bank was emptying.

I am not a money slave, after all, I came to Miss Ann because I enjoyed to be with her. And I must say that even all this draining was killing me financially, there was always goodies for me, as well. However astonished, or afraid or financially pushed I felt, she always made me feel good, every time we met, there was thrill, edges and pleasure.

Now that the financial­ headache from Christmas had leveled, Miss Anna ordered me to send a good tribute.

There were obstacles in our relationship, from the beginning and now it
seemed keep on. When I wanted to “appreciate” my Miss, or especially, when she told me to, there was some problem with the “tribute ­solution”. Some sites blocked my credit card and I couldn’t figure out what to do. I tried to excuse, but Miss Anna thought this was my (old) way to get away, and I sensed her beginning annoyance. She gave orders, that I couldn’t execute, she thought I was just avoiding it or postponing it, and I was more and more desperate. I have been a master in hiding, avoiding, and running away, for years. And of course Miss Anna thinks that this is what I am doing again.

Now, I want to stay, I want to be hers, not one of the “big” slaves, but a smaller one. I was trying to be sincere, reliable and honest, but this card issue went on; it kept me frustrated and Miss Anna became irritated and that frightened me, because it was not a thing that I did intentionally. As a result of this she demanded my credit card and my bank information, or
perhaps she asked politely, I don’t know, it doesn’t matter, I willingly gave her everything she asked for. But it didn’t work for her either, except that now she owns me fully. Of course Miss Anna got her tribute, and now she is supervising more than my stroking.

Life isn’t easy, or should I say: life is hard? There are many questions in a frustrated head:

I am just a wanker, addicted to the adoring Miss Anna.

And why did I go back? well, it wasn’t the strap on or the whip, it must have been the hypnotic spell.
And now I am broken in.

Broken in… isn’t it an expression they use when a wild horse is domesticated? In a way it is, with me, as it is with wild horses. For many years I have been stroking around, a little bit here and a little bit there. Perhaps time has come to settle in. 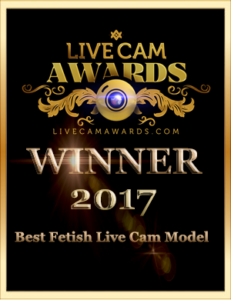